By Elsie A. Dotson 37 mins ago

By Elsie A. Dotson 6 hours ago

By Elsie A. Dotson 12 hours ago

By Elsie A. Dotson 1 day ago 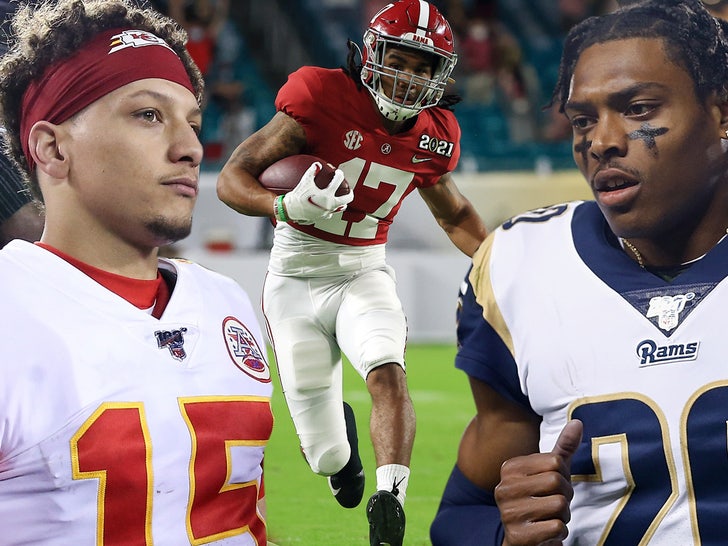 Several NFL stars had big bones to pick with Nick Saban on Monday night … with Patrick Mahomes, Jalen Ramsey and others blasting the coach and the Tide for playing injured star Jaylen Waddle.

The future NFL wideout broke his ankle against Tennessee back on Oct. 24 … and had to have major surgery to repair the damage.

But, Waddle still suited up for the Tide’s championship game with Ohio State … and it became clear right away, the dude was nowhere close to 100 percent.

After catching a pass on the first drive of the game, he had a noticeable limp … and seconds later, stars throughout the NFL wondered out loud why the hell he was playing.

Jaylen Waddle limps off the field in the second half.

Giving it all for his teammates. #NationalChampionship pic.twitter.com/UhwFVZkhZp

Michael Jordan played poker every night during the Dream Team Olympics, and he always took advantage of having more money than his teammates

By Jaime E. Love 8 months ago

Michael Jordan is a fierce competitor on and off the court.

By Jaime E. Love 3 months ago

One of ESPN’s longtime faces is leaving the network. Trey Wingo, who hosted “SportsCenter” and the network’s NFL Draft coverage over a two-decade tenure, is exiting the network after his contract was not renewed.

The decision not to re-up Wingo’s contract came as part of ESPN’s massive job cuts, the New York Post reported earlier this month (the NY Post also reported back in September that Wingo was being let go). The host’s departure was not confirmed until today, which is also his last day at the network.

“I can barely remember a day which didn’t involve working side by side with this guy. @wingoz has been an incredible teammate & friend for more than 2 decades. On today, his last day at ESPN, I along with many others, salute him and wish him all the best in his next chapter,” said Seth Markman, ESPN’s vice president of production

LGBT+ History Month: Thomas Hitzlsperger says football has made ‘progress’ since he came out

Thomas Hitzlsperger says becoming chief executive of Stuttgart shows football has made “progress” on LGBT+ issues since he came out seven years ago.

He was appointed chief executive of Bundesliga club Stuttgart, where he had also been a player, in February 2019.

“The past seven years have been a fantastic journey,” he told BBC Sport.

“The fact I’m the CEO of one of the biggest clubs in Germany is a sign of the progress. It wouldn’t have been possible 10 years ago – even five years ago.

“My life changed seven years ago when I went public, and has changed for the better.”

Speaking to BBC Radio 5 Live’s Euro Leagues podcast, Hitzlsperger said he understood the “anxiety” any current professional footballer still has about coming out.

“Someone insulted me on social media recently using homophobic language, but it