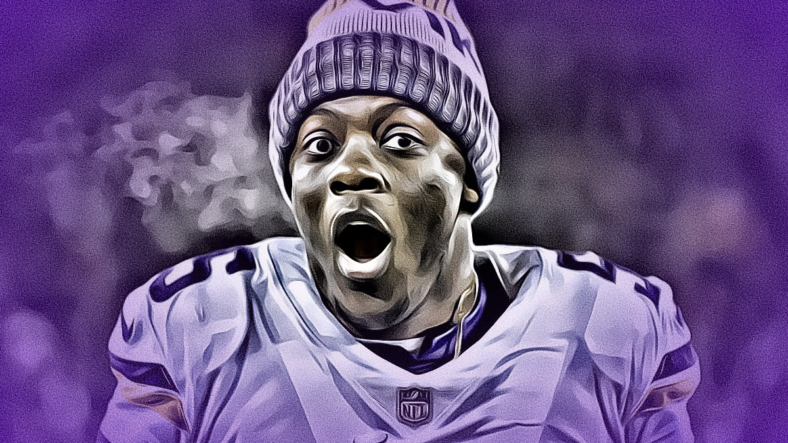 There was a time that the Minnesota Vikings expected Teddy Bridgewater to be their franchise quarterback. Unfortunately a catastrophic knee injury changed the entire trajectory of that reality, but the Kirk Cousins led squad may take on the fan-favorite this weekend.

Teddy Bridgewater was drafted with the 32nd overall pick in the 2014 NFL Draft out of Louisville. Ultimately he wound up playing just 30 games for the Vikings, 28 of which were starts. As the starting quarterback, he compiled a 17-11 record. A promising career really never got off the ground.

Now cleared from a recent concussion suffered as the backup to Miami Dolphins quarterback Tua Tagovailoa, Bridgewater is cleared to return when Minnesota embarks upon South Beach on Sunday. Miam is opting for continuity in the form of Skylar Thompson for the start, but the veteran could see action if things go awry.

To date, Bridgewater has made 64 starts in the NFL. The Dolphins are his 5th team since being drafted by Minnesota, and Bridgewater has operated as the journeyman bridge quarterback. Making 36 starts, Bridgewater has gone 16-20 in those contests. Sunday will be Bridgewater’s second start with Miami, and he’ll still be targeting his first win.

Bridgewater has twice played against the Vikings since leaving Minnesota and is 1-1 in those contests. He’s thrown a single touchdown while also allowing an interception. Teddy lost to Minnesota at U.S. Bank Stadium with the Carolina Panthers in 2020, a game in which there were no fans present.

The Vikings eked out a 28-27 victory in that one. The only other game in which Bridgewater was involved against Minnesota was 2018, the year following his departure. He took a knee replacing Drew Brees for the Saints in a 30-20 victory.

There’s no denying that Bridgewater was a fan favorite while with the Vikings, but you’d be hard-pressed to find anyone looking for his squad to have success against Minnesota on Sunday. The odds have shifted, and Kevin O’Connell’s club should be expected to emerge victorious.

It’s odd that Miami would opt to start Thompson, a 7th round pick called into emergency duty last week, but Bridgewater getting the bulk of the action could still happen. No matter what, this should be the closest Minnesota has gotten to facing a Teddy-led team since 2020.

Ted Schwerzler is a blogger from the Twin Cities that is focused on all things Minnesota Twins and Minnesota Vikings. He’s active on Twitter and writes weekly for Twins Daily. As a former college athlete and avid sports fan, covering our pro teams with a passion has always seemed like such a natural outlet.