HANOI—Team Philippines’ gold machine churned at a slower pace on Tuesday, but performances by the national athletes bore promises of more triumphs to come in the 31st Southeast Asian (SEA) Games here.

Eric Cray rose to the occasion and scorched the opposition in the 400-meter hurdles to win the gold at My Dinh National Stadium. It was Cray’s seventh career gold medal in the biennial meet—and he isn’t done yet.

“I feel that I still got one more left in me,” said Cray.

He will go for that one on Wednesday when he chases the century dash gold. After which, he will set his goals on something a bit farther down the road.

“He’s gonna give [the Olympics] another go,” said wife and coach Samantha of the 2016 Rio de Janeiro Olympian who was nursing a pulled right hamstring three weeks before the Games began. “We’re looking towards [the] Paris [Olympics in 2024].”

The 33-year-old Cray, who missed the Tokyo Olympics team due to injury, took the gold in 50.41 seconds to clinch his fifth straight 400 hurdles gold in the SEA Games.

The time was way off his best mark and national record of 48.98 seconds, but it will serve as the starting point for Cray’s journey to Paris.

Meanwhile, Rubilen Amit picked up her ninth career SEA Games gold medal by ruling the women’s 9-ball event, and immediately shifted her focus on Wednesday’s 10-ball, where she and Chezka Centeno are favorites to go 1-2. Amit, the world 10-ball champion 2009 and 2013, now has three SEA Games 9-ball golds and six in 10-ball.

“I ask the Filipino people to continue supporting Team Philippines; we are doing this for you,” said the 40-year-old Amit, who routed Singapore’s Jessica Tan, 7-2 at Ha Dong Gymnasium.

Tokyo Olympian Kurt Barbosa also stormed to the gold medal in taekwondo after pulling off a 16-7 victory over Thailand’s Panachai Jaijulla in the men’s 54-kilogram final at Tay Ho Gymnasium.

Officially, Team Philippines garnered four gold medals on Tuesday, a pale shadow of Monday’s 10-gold haul. But victories in other fronts assured the country that there could be more to come.

The men’s 9-ball gold is already assured for Team Philippines with Carlo Biado and Johann Chua in the final.

Karate’s defending champions, Jamie Lim and Junna Tsukii, are set to open their bids on Wednesday. On Tuesday, Gilas Pilipinas logged a resounding victory even as tennis ace Alex Eala also cruised to the next round.

Eala will face Singaporean Lynelle En Tong Lim in the next round while Prulla will take on top seed Chanelle Van Nguyen of host Vietnam.

Cambodia was also in the raw end of another Philippine beating in basketball at Thanh Tri Gymnasium, with a 100-32 flogging restoring the Filipinos’ swagger after a tense win over Thailand in their opening match. 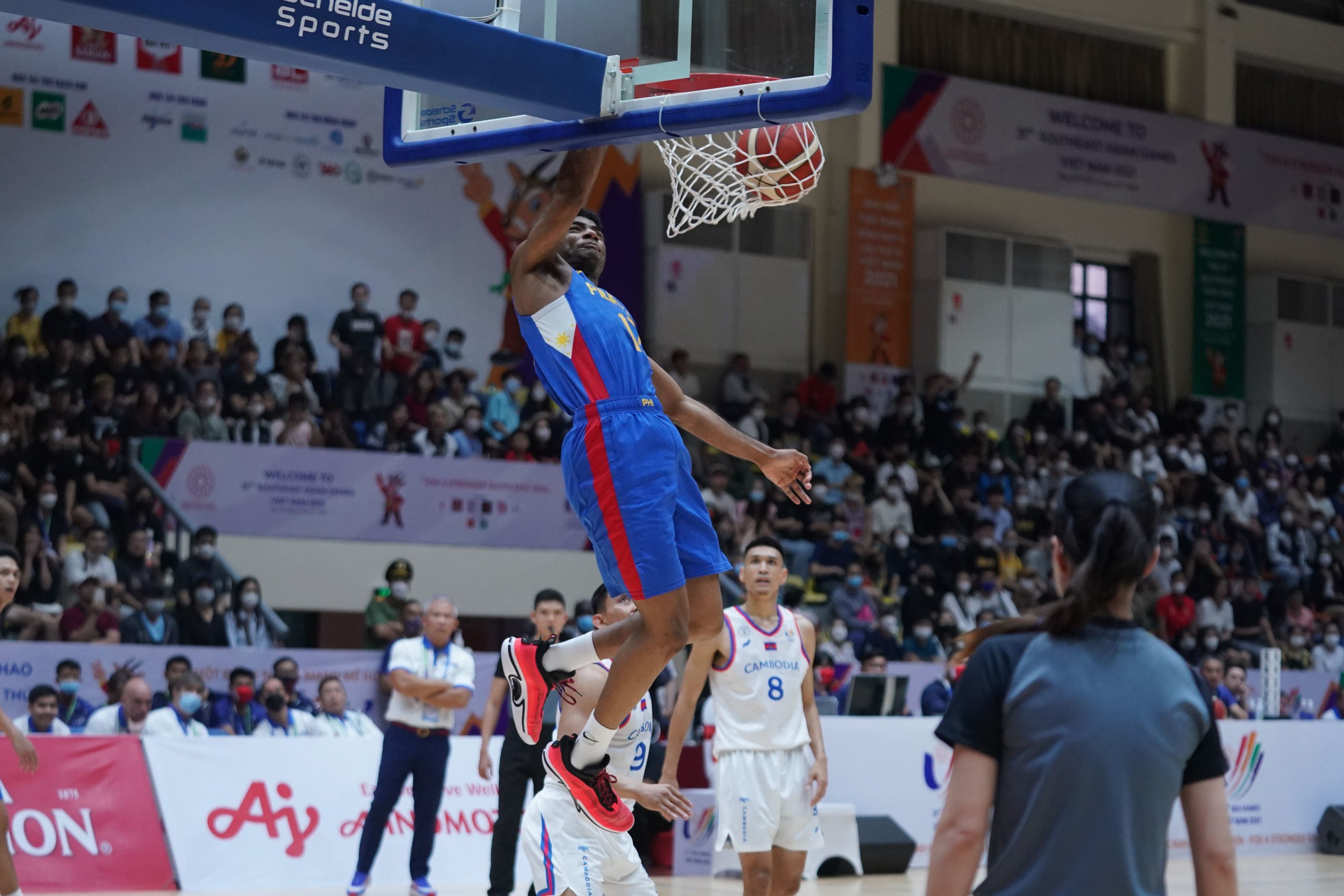 Gilas Pilipinas had the victory pretty much sewn up by the end of the first period, allowing national coach Chot Reyes to distribute significant minutes toward the tail end of his bench.

LeBron Lopez grabbed the opportunity to showcase his skills and soared to 17 points for Gilas Pilipinas.