The NBA hardwood looked more like the squared circle Tuesday … ’cause Lakers star Dennis Schroder was taken down by a “WWE” move in a tiff with the Raptors — and he was NOT happy about it.

The wild scene all went down in the first quarter of L.A.’s game against Toronto … when Dennis fouled OG Anunoby HARD to prevent the guy from scoring points.

The Lakers and Raptors had to be separated after a physical play between Dennis Schröder and OG Anunoby.

Anunoby and Montrezl Harrell were ejected from the game. pic.twitter.com/hBNxjGyWWv

In Dennis’ mind, the play was perfectly acceptable — he said later in the night it was simply just a smart basketball move to stop a possible and-one play.

Anunoby, though, clearly disagreed … because he was so pissed over the grab — he straight-up flipped Schroder with a textbook wrestling move!!!

Dennis landed squarely on his back, and a brawl was nearly incited — with Montrezl Harrell rushing into the play for a pushing and shoving match.

The refs ultimately separated everybody and ejected Anunoby and Harrell … and Dennis was still HOT over it all after the game. 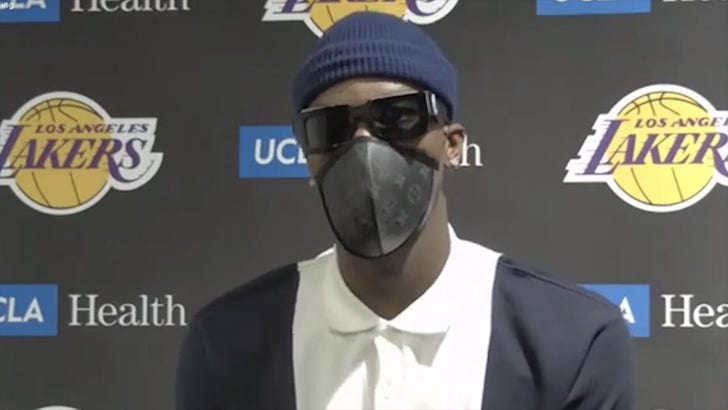 “I don’t know what to say,” Dennis told reporters. “He didn’t get hurt. I mean, I just tried to foul him hard so he don’t get an and-one. That’s it. That was my intent.”

“But what he did, it’s just unnecessary. You got to go to the ‘WWE’ with that. That wasn’t basketball. That’s it.”

Fortunately, nobody was injured in the play … and Dennis ended up with the last laugh — the Lakers beat Toronto, 110-101.