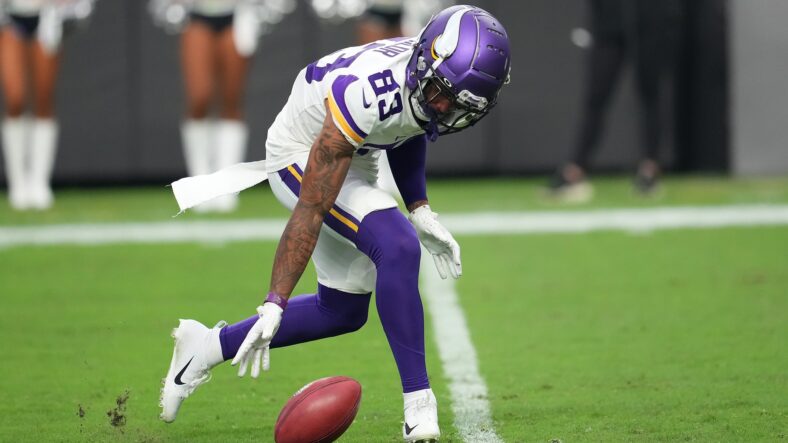 For the most part, the Vikings are heading into their Week 5 game with a healthy roster. Unfortunately, we can’t say that they are completely healthy. They’ll be without TE3 Ben Ellefson – who is relied on for his strong blocking and occasional pass catching – in the upcoming game. Moreover, rookie corner Andrew Booth Jr. and rookie receiver Jalen Nailor are both questionable.

Both Za’Darius Smith and Cameron Dantzler Sr. were included on the injury report during the week. They were limited, but they don’t have any designation within the “game status” column heading into the weekend. We also shouldn’t forget that the team will be without Lewis Cine, a player whom many were hoping would make a noticeable difference for both the defense and special teams.

Meanwhile, the Bears are dealing with their own injury concerns, though they do have reason for optimism.

RB David Montgomery might be available on offense. Currently, the Bears haven’t been passing the ball too much, so having their RB1 would be a positive for them. CB Jaylon Johnson is looking doubtful given that he hasn’t participated in practice. Johnson is an excellent young player. Without him, Chicago will have a more difficult time keeping up with Minnesota’s passing attack.

According to the Vikings website, Jacob Hollister and Nick Muse are the the lone TEs on the practice squad. We don’t know if either will be elevated for the game, though Hollister does have more experience. If neither are, there will be a lot of snaps for Irv Smith Jr. and Johnny Mundt. We may also see more snaps for C.J. Ham.

Hopefully, the Vikings can emerge from this game both victorious and in good health. Climbing to 4-1 while being as close to full strength as possible for a tough Week 6 game would be huge. They then have a chance for more rest with a Week 7 bye.