Folding my 6-foot, 4-inch frame into the passenger seat of James Achenbach’s tiny purple Pontiac Solstice convertible was almost impossible, as was reading the GPS screen after it flew off the dashboard and rolled under my feet as he made a sharp turn off International Drive in Orlando. After a few minutes in the car with the godfather of golf equipment writers, I was ready to hide under the seat, too.

We got to Orange County National Golf Center & Lodge safely that morning for the 2014 PGA Merchandise Show’s Demo Day, and we made it back safely that night after Jim and I walked around the massive circular driving range. Since 1975 Jim had been a Golfweek columnist – and for many of those decades he was the magazine’s equipment editor – and at every booth, all of them, people came out to shake Jim’s hand, chat and show off something new. He was available for all of them, speaking slowly and carefully, but enthusiastically.

Before in-hand photographs of the pros’ golf clubs and Sunday night “What’s in the bag” columns became standard fare for equipment reports, Achenbach developed a platinum-level Rolodex that included the direct phone numbers to CEOs, designers, salespersons, marketing managers and every key person in the golf equipment industry. He also had longstanding relationships with key people at the USGA and Augusta National Golf Club, and he was a fixture at major events for decades.

When I joined Golfweek in 2013 to write about gear, I was nervous that Jim might feel angry that someone else was coming in and working his beat, but he put that notion out of my head quickly with a phone call during my first week on the job. He was welcoming, said that he’d admired my work for years and was excited that I had joined the staff.

I can’t say that we worked perfectly together because, like so many other people, I rarely knew where he was and only had an inkling of what he was going to write any given week. Editorial calendars and planning meetings were more like suggestions for Jim. 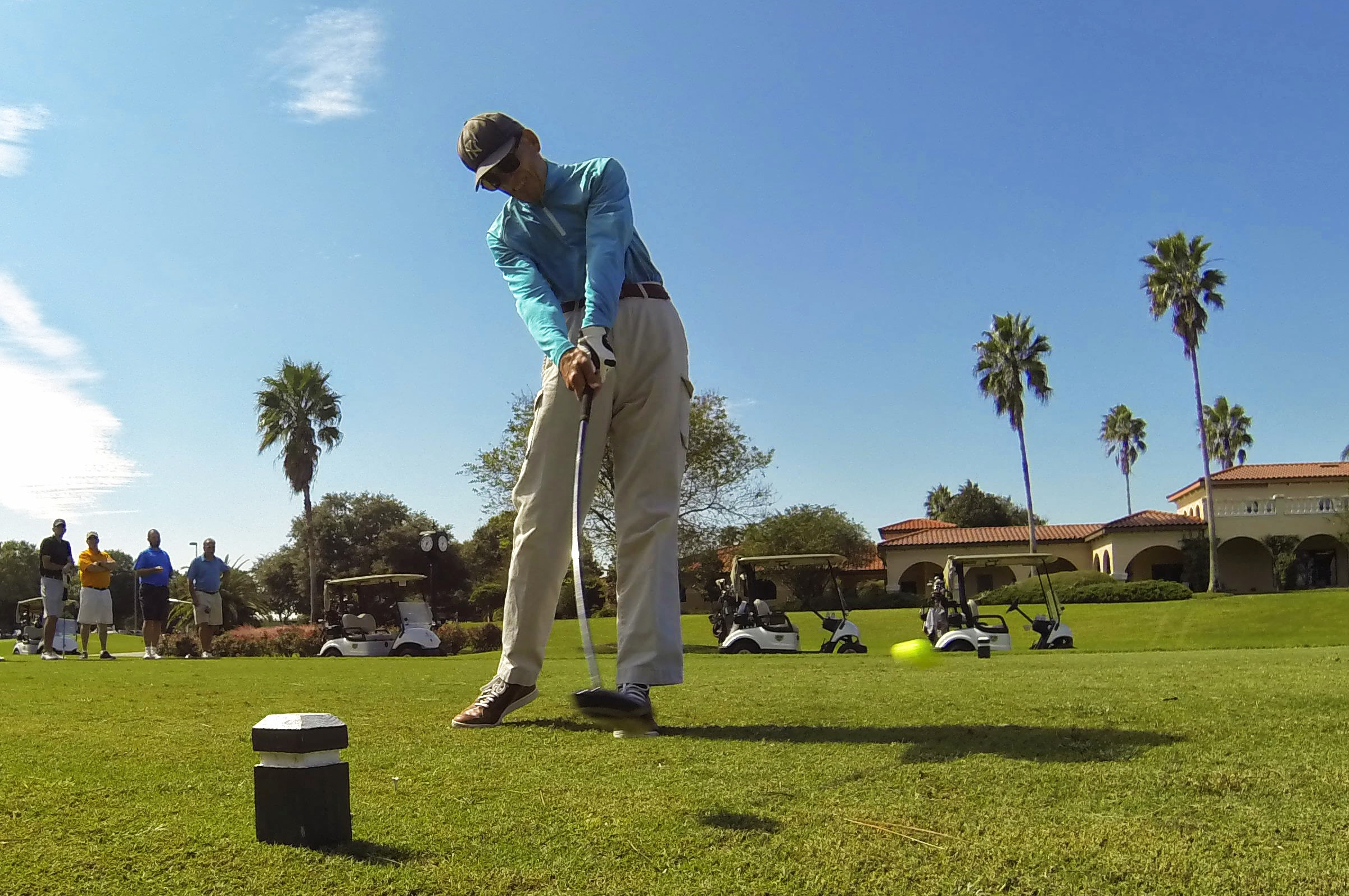 What I came to learn was Achenbach was passionate about equipment and the people who designed it. He was not just an insider, he was the voice of weekend warriors who dreamed of hitting a draw off the tee. He was fluent in technical terms but always translated them into simple ideas for golfers who chronically three-putted. And, most of all, he had a soft spot for shafts and helped readers understand the mystic arts of graphite and steel.

When I called, texted and emailed people over the weekend to let them know that Jim had died, the reactions were a mixture of sadness and appreciation for hard work, friendship and kindness. Below are a few notes Golfweek received.

From John A. Solheim, chairman and CEO of Ping Golf:

“I’m deeply saddened at Jim’s passing. He was a great friend to myself and my wife, Sunny. Jim and I had a standing meeting every year at the Masters that I cherished. He loved talking all things golf. He was a great listener and very inquisitive. We spoke frequently during his amazing career, mostly about equipment as he was very interested in understanding how and why things worked or didn’t work. He was very curious and challenged the status quo to bring his readers stories that mattered to their games. He loved tinkering with his own equipment, whether trying longer shafts, different grips, or changing lofts. He embodied the term ‘gearhead’ before it was made popular.

Of course, Jim’s golf writing skills weren’t limited to reporting on equipment. He was extremely versatile. He’s covered the greats of the sport and all the big events, but he also always had time to file a story about the state or local event that gave those golfers the exposure they deserved.  Those were some of his best stories, as they always had a human-interest element to them that embodied the spirit of the game.

I’ll remember Jim for his friendship, passion, fairness and love of the game.”

From Chip Brewer, president and CEO of Callaway Golf:

“I’m truly sorry to hear of Jim’s passing. I met Jim during my early days with Adams (Golf), probably around 1999, and stayed close to him after moving to Callaway up until his retirement. I always enjoyed being around him and was always impressed by his work. He was a true professional writer and a straight shooter — but also always had a smile on his face. Other than family, I don’t think he loved anything more than either writing about or playing golf. He will be missed; and, sadly, another of our legends of old-school golf writing is no longer with us. Time moves on, but I’m saddened by this loss and will toast him among friends when I next have that chance.

My condolences to his family and friends. He was a wonderful man.”

From Dave Schnider, president and COO of shaft maker Fujikura:

“Jim Achenbach was a very unique and gifted writer.  In my younger years in the golf business, I constantly asked Golfweek why Jim wouldn’t write stories about Fujikura. We would send him our press releases and marketing materials but he never seemed interested in covering our products for a story. But when I personally took the time and got to know Jim, things changed and I realized Jim was a golf equipment junkie like myself. He was so passionate about improving his game with the new and latest equipment, and this sparked my passion each time we talked. He had an amazing knack for asking questions and turning my answers into brilliant storytelling.  He was a great ambassador for the game of golf and will be sorely missed.”

“Really, was there ever anyone with a quicker wit than Jim? He was so sharp. I always respected and admired his professionalism as well. When we started our office in 2004-05, he treated me like I was [as big as] Callaway. That’s how he made us feel. It was a gift.”