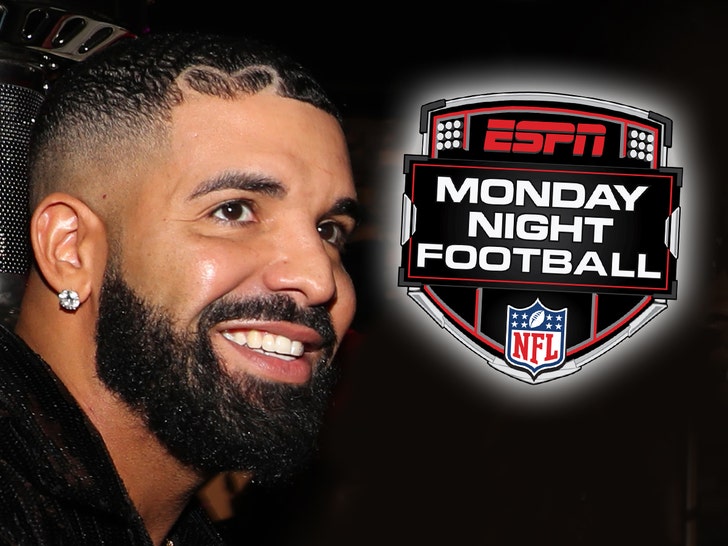 “Now we are here … the kickoff of the football season,” ESPN’s VP of Sports Marketing, Emeka Ofodile, said Tuesday. “And, who better to curate music for Monday Night Football than Drake, who sits firmly at the intersection of music and sports.”

BTW — Drake is a massive sports fanatic and can be spotted passionately cheering at sporting events … so it’s a safe bet he’ll put that same energy into his new gig.

“We couldn’t be more excited for this upcoming collaboration,” Ofodile added.

Big names like Diplo and DJ Khaled have shared music duties in previous years … which ESPN said was a “big hit.”

Now, it’s time for the Drakeover … and for anyone who’s not a fan, ya may wanna have that mute button ready … ’cause we’re expecting a LOT of Champagne Papi.